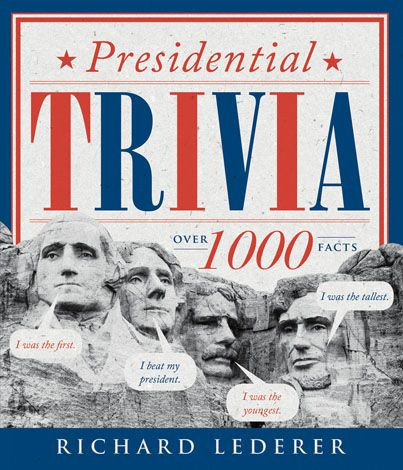 A freshly updated look at everything you never knew you wanted to know about our country’s illustrious line of commanders in chief—updated to include fascinating facts on our brand new 45th president.

You’ll find more than 1,000 fun and engaging facts in this book about each and every one of America’s forty-four different presidents (forty-five if you count Grover Cleveland, with his two nonconsecutive terms, twice). This revised edition has been updated to include new facts about our most recently elected president. Want to know which president appeared on the nation’s very first TV broadcast? (Herbert Hoover, before he was president, in 1927.) How about George Washington’s presidential salary? (An exorbitant, at least in eighteenth-century dollars, $25,000.) Who first pardoned a presidential turkey? (Harry Truman, in a debilitating fit of guilt.) We don’t know about you, but we can’t get enough of this stuff!

Richard Lederer is the author of more than thirty-five books about language, history, and humor, including his best-selling Anguished English series. He is founding cohost of A Way with Words on public radio, and his syndicated column “Looking at Language” appears in newspapers and magazines throughout the United States. He has been named International Punster of the Year and Toastmasters International’s Golden Gavel winner.